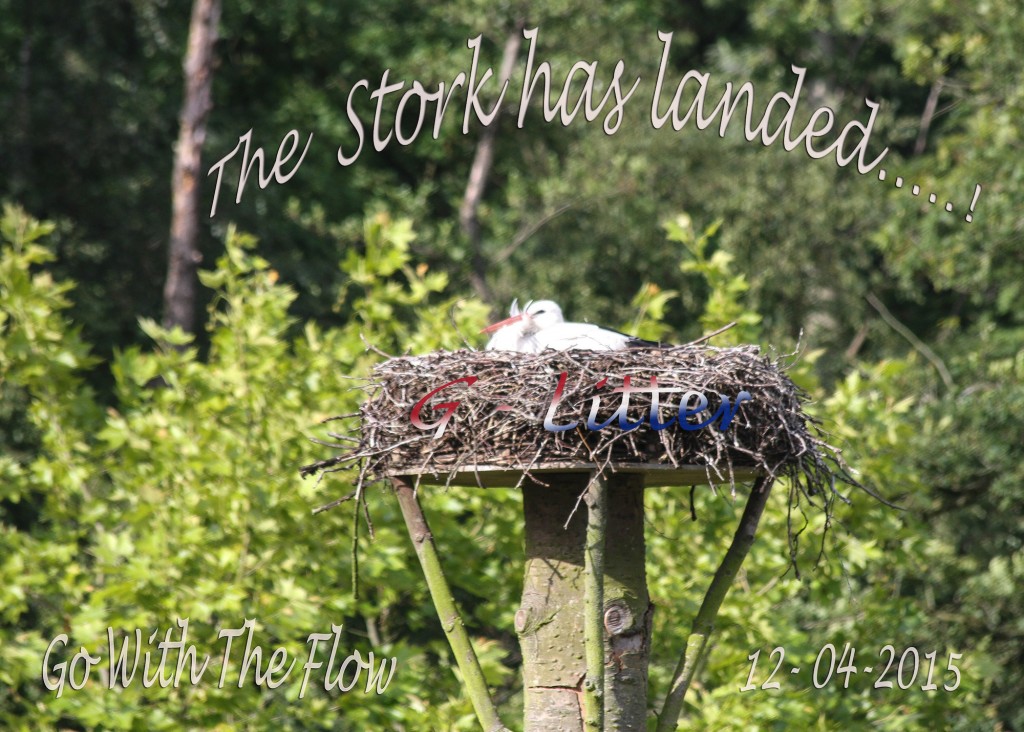 Starting today, we are 9 Go With the Flow miracles richer, 5 bitches of which 4 liver and 4 dogs of which 2 liver. A blessing of which we will enjoy the next 7.5 weeks.

The puppies had a long journey, Sunday morning at 04.00 AM the 1st puppy was born and the last puppy came at 22:00 PM. J.J. has a long confinement behind which obviously took a lot from her, despite mother and puppy’s are doing fine.

The ladies sat in front, two liver-colored females, white and lavender, which were the 1st born. In their wake, a black dog who received the brown band, he was followed by a liver doge which will be named in the coming weeks male red. In the course of the morning came the 1st and last black bitch, purple band. In the afternoon the boys were back to the turn, the 2nd black dog that we gave strap ocean. In the evening gave J.J. our last two miracles, we started with two liver-colored ladies and so are the laggards were both liver that have become ocher and orange.

Thanks, thanks and thanks again to Ellen van der Meijden, she has assisted me from morning until after birth of the last puppy, so I could after more than 46 hours with JJ been in line to be occasionally justified closing my eyes.

Below a small impression of birth night, day and evening…