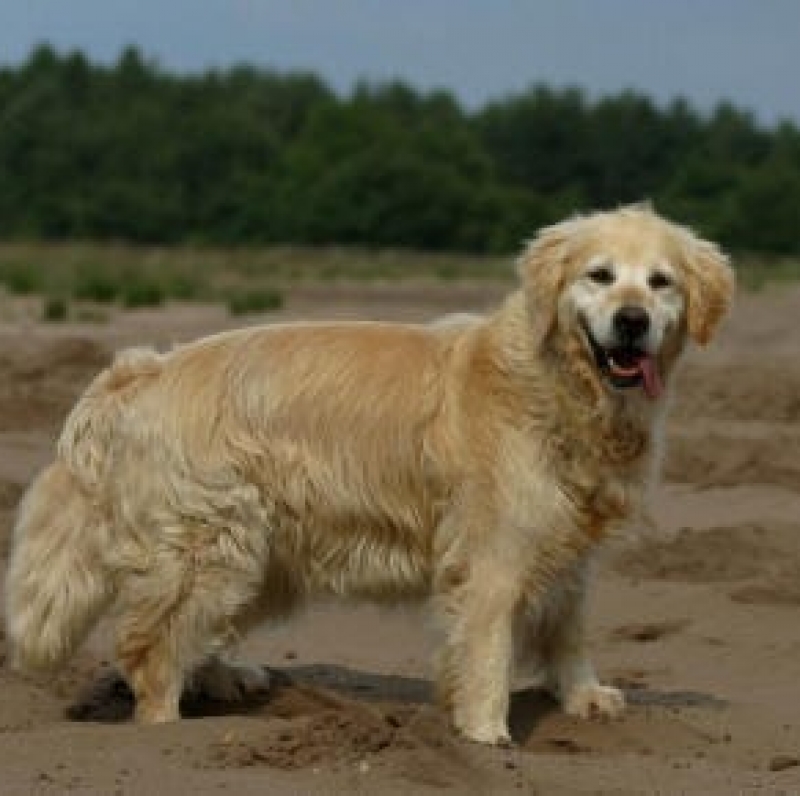 Dönja at her favorite spot… …next to the farmhouse!

Dönja, a happy “doll” I called her Donnydoll. Don’t know why maybe because she was a quiet one like a doll who is always around but you never notice. If there was less time it was fine and if she got all the attention of the world she was also happy. At the heath she had the time of you’re live and had her own walk that’s why Remi was her nickname but as soon as we got to the car she was back.

25.02.2008 Her breathing wasn’t so well lately, not so strange to a dog of almost 13 year but it got worse so we decided to visit the vet for another check-up. The result was a thyroid gland bigger than usual and at the right side a bulge. Some medication took care of the pressure but the bulge was still there and the thyroid gland was still big. As long as this would remain stable, she would be hungry and her daily walk was a pleasure to her there was nothing to worry about.

25.03.2008 A nice walk this morning in the snow didn’t give us any suspicion we had to let go Dönja in the evening. She lost her appetite and she was restless in the morning. Her breathing became more louder, she could hardly swallow and she even refused a piece of cheese. Her breathing told me she was getting a hard time even though she wanted gladly, this caused me some confusing. After a phone call with the vet we decided to take no risk that Dönja would die because of less space to breathe. Dönja passed away at 7.30 pm. surrounded by us and all the dogs she started her last “walk”.

One in a thousand is what fits you for sure,
in fact you deserve the biggest cup,
you were content and never asked for anything,
happily Dönja you didn’t had to suffer.

During the walk you always went alone on a spree,
that’s why we also called you “Remi”,
when in the evening I was sitting quietly just a cuddle was okay,
this was the only thing you asked me.

Together we had some ups en downs,
maybe that’s why this farewell is touching me so much,
a cast-off at 2,5 year old,
11 beautiful years you have given me,
gratefull to who you were and what we have done together,
a worthy farewell dear is what you deserved, you were ready.

Run free Dönja and a huge cuddle to Lars!